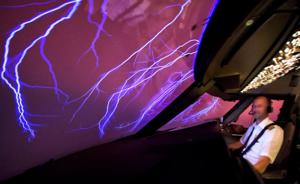 A weather phenomenon which sometimes occurs when vehicles move through electrically-charged clouds that causes visible static discharges and sometimes cause the wings of planes or the masts of ships to glow blue.

I was watching an episode of Buck Rogers where a shuttle had lost power and was crashing. Buck said, “It might be St. Elmo’s Fire!” I thought this was ridiculous (as is most of the “science” in that show), but based on what I read, this might have been accurate.

Of course, that caught my ear because of the 1985 movie called St. Elmo’s Fire. This was a classic Brat Pack movie that I finally watched in 2020 when I had COVID. I’m sad to report that it was awful. St. Elmo’s Fire is mentioned in that movie, but it had no bearing on the plot, that I could tell.