The Book as a Trophy of Knowledge 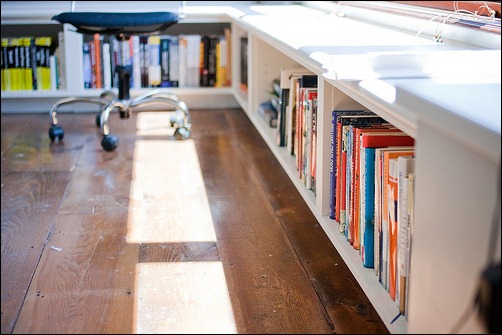 I was a early adopter of the Kindle. I bought one of the original first generation devices back in early 2008 (when they were fully $400). I was convinced that ebooks were the answer to the prayers of a devoted reader, and equally convinced I’d be in love with my Kindle forever.

A few months later, I sold it. Months after that, I wrote a post-mortem about why I didn’t like it: The Personality of Books and the Big Problem with my Kindle.

The Kindle strips out all the tangible character of a book. In doing this, it eliminates the mental “markers” I retain about a book after I’ve read it.

In that post, I was just dancing around the fact that I didn’t like ebooks. I had all sorts of reasons why, but it’s taken me years to really put my finger on what really happened.

Physical books are monuments to knowledge. The book itself is the trophy you get for finishing it. It’s the medal you display to remind yourself and show others that you learned what was in the book. By extension, a library is a trophy room – not unlike that of the classic big game hunter – which stands in silent testament to the amount of culture and knowledge you have slain.

We have a library at Blend (the picture at the top of this post). We’ve amassed hundreds of books. It was common knowledge that if an Amazon box arrived at the office, it was for me. I would just hand it over to Corey, who would dutifully open the box and catalog the 3-4 titles in it before setting them on my desk.

This obsession stems all the way from childhood. My Dad was a pastor, and pastors are essentially religious scholars. As such, the amount of books they amass is unreal. My Dad always had hundreds and hundreds of books in his library. When we immigrated from New Zealand, family lore goes that we had one shipping crate for all our belongings and another one just for Dad’s books.

I spent a large part of my childhood in libraries. During my summers in Pinole, California, I would wake up, have breakfast, then walk 45 minutes to the local library where I would stay all day, until – half-starving – I walked home for dinner in the evening. Childhood wasn’t great for me (yes, bullying existed even back then) and the local library became a safe base of operations, where I could just sit and read all day without being teased or pushed around.

I always had a sense of wonder at the amount of knowledge in that humble building. I used to tell my Mom that “if I wanted to know about the mating habits of African pygmies, I could find it somewhere in there.” (I didn’t even know what pygmies were. I probably didn’t know what mating was either, for that matter.)

In college, I was so jealous of professors and their beautiful, disastrous offices – comfy chairs, stuff falling everywhere, and books, book, books, all over the place. Books stacked on every surface. Piles of books falling off the desk. Books assembled in precarious towers on the floor.

I even have a soft spot for the 1995 movie Sabrina, because it’s revealed that the titular character’s father became a chauffeur just so he would have more time to read, and there’s a great scene when he’s talking to his daughter from his reading chair, surrounded by countless piles of books.

And with ebooks, all of that is gone.

It doesn’t matter how many books you read on your Kindle, it ain’t gonna get any bigger. No one is going to know what you read. No one is going to look through your bookshelf while you take a phone call and then strike up a conversation about such-and-such title because they read it too. You’re never going to slowly drag your eyes down a shelf of books, your mind careening back and forth between topics until suddenly, you have a related thought that wasn’t there before. You’re never going to reach for a book mid-conversation, flip through it, dog-ear a page, and excitedly shove it across the desk at someone because they just have to read what the author says on page 136.

And, perhaps most importantly (and most narcissistically), you’re never going to lean back in your chair, take stock of a thousand book spines surrounding you and think, “Damn right I read all of these.” Your office will simply never be a trophy room of knowledge that welcomes you back every time you step into it, secure in the fact that you’re surrounded by the armor plating of the hundreds of thousands of pages you fought through.

And yet the drive to ebooks is inevitable. The advantages are just too great. There’s no waiting for purchase, they travel everywhere, your highlights are saved in one place, and they’re all available from anywhere.

How can something as useless as a trophy ever compete with all of that?

In 2016, I gave a talk at Powell’s books in Portland about the future of the printed book. I wrote a companion blog post called: The Book Itself: Four Thoughts on the Enduring Value of the Printed Book.