Definition: derived from the name of one’s father or a paternal ancestor. 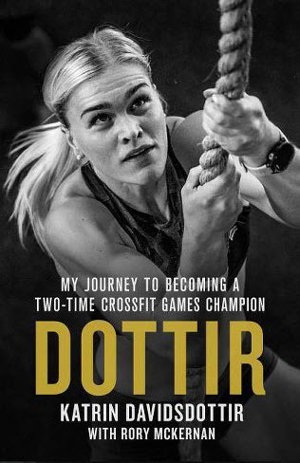 This is a general concept in use around the world. However, it’s most known to European and American people as a common convention for Scandinavian naming.

In historical Scandinavian tradition, one’s last name was formed from the father’s first name. Commonly, in English countries, this has caused last names to have to suffix “-son.”

Patronymic naming is historically common all around the world. In countries where it is no longer practiced, many common last names have patronymic roots.

“Patronymic” is literally a combination of “paternal” and the Greek word for “name.”

Icelandic woman are surprisingly dominant in competitive CrossFit. Katrin Davidsdottir, Annie Thorisdottir, Sara Sigmunddottir, Helga Gudmundsdottir, etc. Between that and some general knowledge of the “-son” prefix (I live in an area heavy with Norwegian and Swedish heritage), I was familiar with the concept.

But I was specifically reading Katrin Davidsdottir’s autobiography – appropriately titled Dottir – and she has a entire preface to the book explaining the concept of Icelandic naming, which is where I found the word “patronymic.”