Why is it called this? 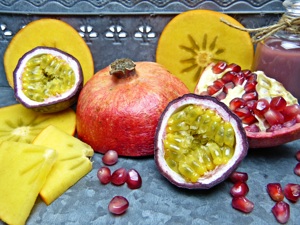 It has nothing to do with love, it turns out. From Wikipedia:

Around 1700, the name was given by missionaries in Brazil as an educational aid while trying to convert the indigenous inhabitants to Christianity; its name was flor das cinco chagas or “flower of the five wounds” to illustrate the crucifixion of Christ, with other plant components also named after an emblem in the Passion of Jesus.

This is weird one.

Annie and I were having dinner at our favorite restaurant, and there was a dessert called “The Girl from Ipanema.” It was a weird name, and I was curious, so I actually looked up “Ipanema” first, which, as it turns out, is a beach neighborhood of Rio de Janeiro.

The dessert had passion fruit in it. It was February, and all the desserts were sort of “love-themed.” So I then looked up what relationship the fruit had with love and with the name, and that’s when I discovered there was no relationship.