How much of Scotland is this? 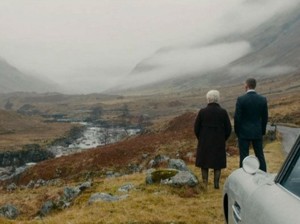 This is roughly the Northern half of Scotland. It’s very mountainous and sparsely populated and known for the production of Scottish whisky (“scotch”).

Historically, the Highlands were home to “clans” – family-based organizational units. They were the last group to succumb to English rule and were famous for their fierce resistance.

I was familiar with the term from the Highlander movie and TV show, and from Braveheart. And I knew that James Bond (who is Scottish) took M from London into the highlands in Skyfall to keep her safe from the villain. I knew it had something to do with Scotland, but I was short on specifics.

I was reading a novel set in Scotland in the 1400s. A character said he left the Highlands to come to Edinburgh (which is in southern half of Scotland – nowhere near the Highlands).

I was confused, because I sort of through all of Scotland was considered the Highlands. So I looked it up to see where the dividing line was.