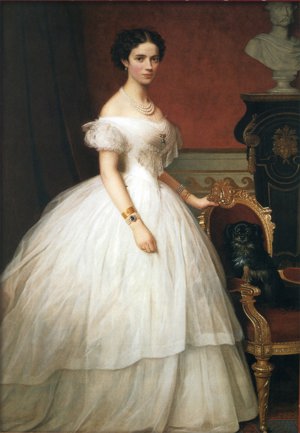 Princess Dagmar of Denmark in the 1860s

A hoop skirt. This is the classic dress from the 1800s that billows out from the waist.

In a book about storytelling:

…[the Civil War] was transmuted after the surrender at Appomattox into the “Lost Cause,” a doomed yet noble campaign to preserve a way of life marked by chivalry and crinolines.

Kind of an odd usage when set against “chivalry.” I thought it was some sort of sociological concept, rather than an article of clothing. I suppose the author was trying to evoke visions of the Antebellum era.