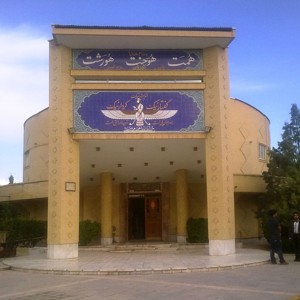 Museum of Zoroastrians in Kerman, Iran

An ancient religion practiced mainly in Iran. It is named for an Iranian prophet named Zoroaster or Zarathustra. Zoroastrianism was the official religion of Iran for almost 1,000 years.

It is known to many modern audiences as the subject of Frederick Nietzsche’s work of fiction Thus Spoke Zarathustra in 1885. This book was turned into a piece of music by Richard Strauss in 1896 that is wildly famous for its 90-second introduction.

I ran across an article about a new exhibit at The British Library called Epic Iran: Some Zoroastrian Treasures.

To accidentally stumble on the source of the musical I had known for years was just a bonus.