Definition: the land bordering a body of water 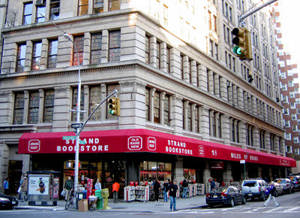 In Old English, “strond” meant the edge of a river.

This is used in quite a few contexts. “The strand” refers to a general place relative to water, I think. But “The Strand” as a proper noun is used to refer to several specific places. Additionally, “The Strand” has been used in many commercial contexts.

A few of many examples:

I had known of the bookstore for years, and I had some vague memory of the London street. I was reading a book about the oil industry and it said:

That got me thinking that there was some more general concept to “strand.”

Weirdly, about a month after I wrote this, a friend got married at The Strand House in California (mentioned above). She posted pictures of the water from their table.