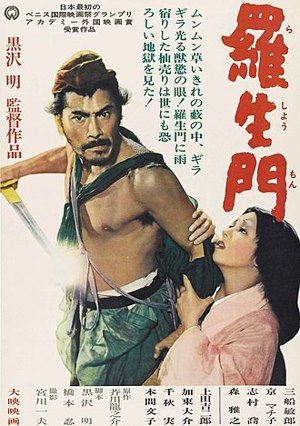 This comes from the title of the famed 1950 movie Rashomon in which a murder takes place, is witnessed by four people, and they provided four contradictory accounts of what happened.

“Rashomon” is the name of a gate in at least two Japanese cities. The plot of the film takes place under this gate.

“The Rashomon Effect” is defined as:

The effect of the subjectivity of perception on recollection, by which observers of an event are able to produce substantially different but equally plausible accounts of it.

So, “Rashomonic” means “subjective,” or “influenced by personal perspective.”

I can’t remember the book, but a passage mentioned “Rashomonic memory,” which I now understand to mean “flawed” or “biased” or maybe just “idiosyncratic.”