Definition: an object of artistic merit 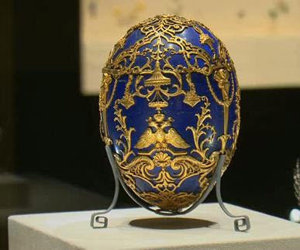 One of the “Imperial Easter Eggs” by Karl Fabergé

The term is somewhat flexible, and is often used as a broad term for “everything else” after major categories have been dealt with.

The key is “object.” So it tends to apply to physical objects not easily categorized otherwise. For instance, a painting would just be called “a painting,” but what do you call an ornately painted…gravy boat?

I had heard this before, and I had the general idea right – you can derive the English translation pretty easily. But I kept running across it and decided to look it up.

In the context I last saw it, it described a Faberge Egg, which is fitting. How else do you describe them? They’re not jewelry. They’re not sculpture. They’re literally just “objects of art.”