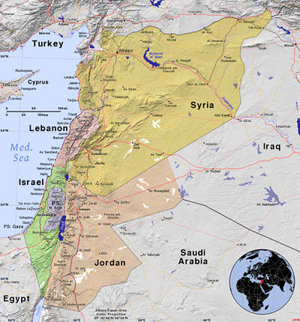 An ancient term referring to a region of the Middle East roughly straddling the Sinai – from Turkey in the north, wrapping around the eastern end of the Mediterranean, down to Egypt in the south.

“Levant” means “rising” in French, referring to the where the sun rises – east of France.

This is the area of the world most commonly associated with the events of the Hebrew Bible.

Honestly, I don’t remember. I had heard the term for years, and knew it vaguely referred to the Middle East somehow. I must have been confronted with it in a book I was reading.