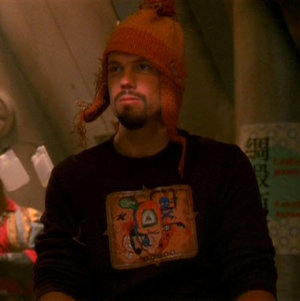 Adam Baldwin as Jayne Cobb with his hat in Firefly

A knitted stocking cap with flaps that hang down over the ears terminating in strings that can be tied together under the chin (but rarely are). This type of hat appeared the TV show Firefly, worn by a character named Jayne Cobb. It become known as “Jayne’s Hat.” The name was presumably shortened to “Jayne Hat.”

Adam Baldwin, the actor who played Jayne, auctioned off the original hat for $4,700 to benefit charity. Fox Media claims a copyright to the design of the hat and has sent cease and desist letters to companies selling replicas.

I don’t remember, but it was a picture of someone and the caption said they were wearing a “Jayne Hat.”

A meme I saw on Facebook showing Jayne and his hat: 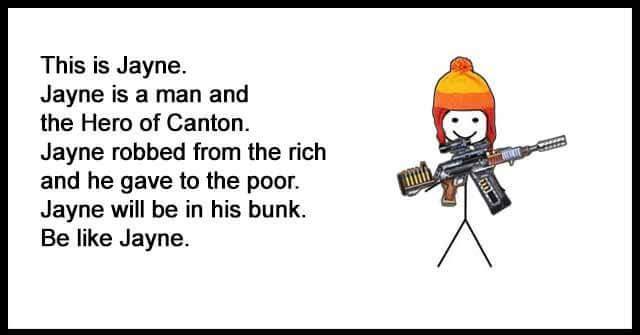