Is this still a thing? 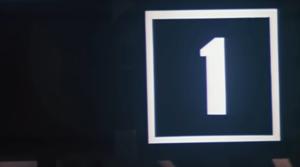 Most audiences were introduced to DEFCON through the movie “Wargames”

Yes, this is still a thing.

DEFCON is short for “defense condition,” and it refers to the general state of readiness and alert for the American military.

It’s actually in reverse order: DEFCON 5 is the most relaxed, and DEFCON 1 is almost at war. The levels were established in 1959:

Most people of my generation know the concept from the 1980s movie Wargames in which the main character causes an incident that moves the DEFCON level up a notch.

We have only reached DEFCON 2 on two occasions: the Cuban Missile Crisis in 1962 and the Persian Gulf War in 1991. The 9/11 terrorist attacks moved us to DEFCON 3.

As of this writing, we are at DEFCON 4 (see this website for the current level).

I was reading something about Wargames and it rang a bell about DEFCON. I wasn’t sure it that was still in effect.

At any rate, I had the levels reversed – I thought an increased number was bad.