Definition: an empty tomb or a monument erected in honor of a person or group of people whose remains are elsewhere 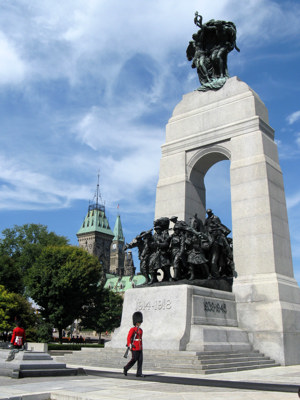 Many times, it’s a monument to a group of people who died, made in the form of a tomb to memorialize them. There’s a vague, blurry line between a cenotaph and a regular memorial.

Linguistically, “cenotaph” is considered a hyponym or subtype of “monument.”

I found a reference in a James Bond book.