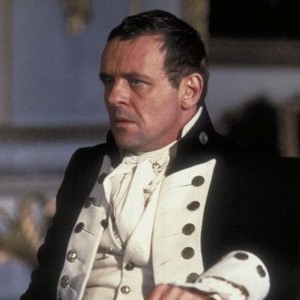 Anthony Hopkins as Captain Bligh in The Bounty (1984)

William Bligh was the (purportedly) ruthless and cruel captain of the HMS Bounty, the crew of which famously mutinied in 1789. Bligh and his loyalists were set adrift in a small boat, and the Bounty continued on to the Pitcairn Islands, where the mutineers settled with some Polynesian women they had abducted (and where their descendants remain today).

Buck Rogers observes Admiral Asimov (actually, an evil clone of him) berating the crew of the Searcher. He later says, “You were acting like Captain Bligh.”