Did this phrase predate the 2007 movie? 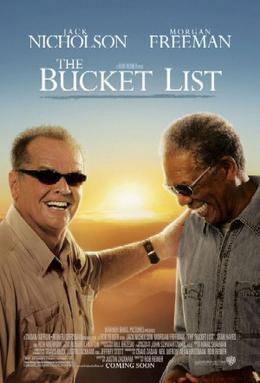 A “bucket list” is a list of things you want to do before you die (“kick the bucket”). It’s become an ingrained American idiom, and I’ve also heard it in other parts of the world.

I became aware of the term because of the 2007 movie The Bucket List. But surely that film didn’t invent the phrase, did it?

…yes, it appears so. Several sources point to the movie as the first usage of the phrase.

One source was definitive:

The first authenticated use of the phrase is found in a UPI Newswire post on 29th June, 2006, which announced the film and, usefully for us, defined the meaning and origin of the expression…

Another source was less absolutely certain, but basically concurred.

Although no one knows for certain if the phrase existed earlier, we generally credit screenwriter Justin Zackham (who actually got the idea for the movie after creating his own bucket list) with inventing it. However, Zackham originally called his list “Justin’s list of things to do before he kicks the bucket.” This refers to an earlier phrase that inspired Zackham.

A search of Google Trends since 2004 shows zero search activity for the phrase until August 2007, which would have corresponded with a marketing campaign for the movie (it was released during the 2007 Christmas season).

So, it seems, that movie effectively invented the phrase.

I was at church youth group and they asked the students to talk about what was on their bucket lists. I was thinking that these high schoolers were too young to remember the movie, yet they all knew exactly what the phrase meant. This got me wondering if an otherwise non-notable movie actually invented a phrase that pretty much everyone now understands.