“Downtown, where all the lights are bright.” 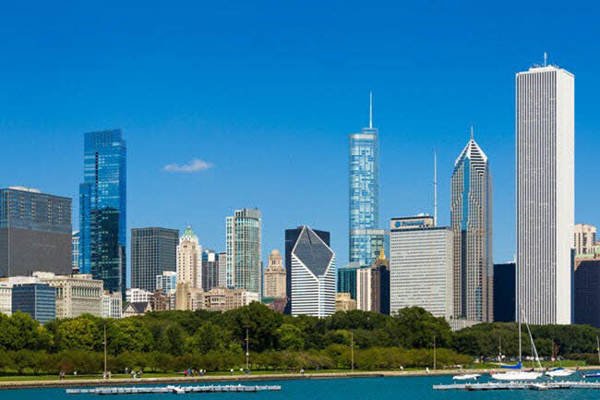 What is the inherent value of downtown? Is there one, or are downtown areas just antiquated leftovers of yesteryear?

I come to this question through a strange route. Bear with me –

I love downtowns. Joe and I were in Chicago a couple of months ago for a workshop, and I just couldn’t get enough of downtown. Michigan Avenue, Lakeshore Drive, the Sears Tower – I could just walk around downtown Chicago forever.

it’s the same way with New York. My wife is from the East Coast, so I’ve been to Manhattan twice. I love everything about it – all the sounds, all the buildings, all the people. Burned into my mind is the view down Central Park West with a solid wall of apartment buildings on the right, and Central Park on the left. There’s an energy to it that I can’t describe.

I love the downtown area in my beloved Sioux Falls as well. it’s not as big, but it’s beautiful, safe, nice to walk around, etc. My office is on the north side, and sometimes I’ll walk across downtown to a grocery store on the other side to get some trail mix in the middle of the day. I love how…busy it is. We have a small financial district on the corner of 9th and Phillips, and our own little “Miracle Mile” in the 200 block of South Phillips. it’s not New York, but it’s ours and I like it.

This is in contrast to other Midwestern cities. I-35W dead-ends in downtown Minneapolis. I-90 goes right through downtown Chicago. And it’s not just big cities. Downtown Omaha is bisected by 480. I-29 runs just to the west of Downtown Sioux City – pick your off-ramp, and you’re right there.

Is this a fatal limitation? I don’t know, but I think it has an effect. Could you retrofit interstate access to Sioux Falls downtown? Probably not. it’s as far removed from any of the interstates as possible. (For those not from here – Sioux Falls is bordered on the north by I-90, the west by I-29, and the south and east by the I-229 spur. Downtown is smack in the middle.)

So, this got me thinking: could you move downtown? Not move what’s there now, but could you designate an undeveloped area of the city as the “New Downtown” and institute zoning ordinances to encourage the grow of another urban area?

For Sioux Falls, I was thinking that the area just west of I-29 out by the Russell Ave. hotels would work fine. Across the interstate from the Ramkota Inn, just north of Southeast Technical Institute. it’s relatively undeveloped, it’s right on a nice curve in I-29, and it’s just one or two miles south of I-90. I have pleasant visions of a downtown area springing up there, with tall buildings bordering I-29 – a perfect northern gateway to Sioux Falls.

But – and Here’s my main point – why would you want to do this? Can anyone state, in clear terms, the reasons for wanting to encourage the growth of another downtown area? Put another way, what inherent benefits does downtown provide?

Like I said, I love downtown, but I’m, at a loss to figure out why you’d want to build another one. There are drawbacks: no parking, limited space to build, traffic congestion, etc. To offset these, are there advantages?

I can think of one: limited sprawl. I get tired of driving further and further into the country and still not getting away from unspeakably boring strip malls and their gaping, optimistic parking lots. They have no character, no soul. Downtown areas have at least somewhat interesting architecture and they’re more respectful of space.

But that one advantage has a mountain of drawbacks to scale before I can say that we should create a new downtown for reasons other than urban sentiment.

We have downtown areas today because they’ve been around for years. They were created back in the Industrial Revolution because communication and transportation were limited, so the businesses of a city needed to be close together. But with communication today, we don’t need to be in the same country to work together, much less the same city block.

In searching for the value of downtown, I stumbled across a paper called (wait for it) “The Value of Downtown (PDF) (pdf).” It was written by Todd Litman from the Victoria Transport Policy Institute in British Columbia. While it’s not an in-depth study, he summarizes some good points:

Many activities are most efficiently performed in downtowns because so many important resources are available within convenient walking distance. You can run several errands within a few blocks that would otherwise require several vehicle trips. Downtowns usually contain more commercial space and greater diversity of activities than other commercial centers in the region.

Downtowns typically contain major financial and legal services, such as banks and law offices, and government offices such as city halls, courts and municipal departments.

These businesses attract support services, such as office supply and computer stores, and the concentration of employees in turn attracts coffee shops, restaurants and retail shops. Many centers are also entertainment and arts districts, and increasingly residential developments are located in or adjacent to downtown.

But still, what we’re looking at here are “legacy” tenants – business who are downtown because they’ve always been there: banks and law firms, mainly. Do they seek downtown space for practical benefits? Or because it’s just…traditional? Is there even a cachet value in being downtown?

And if we take away the “anchor” tenants of a downtown, all the support services go with them. When the banks and law firms leave, so do the restaurants and the dry cleaners. They’re parasitic businesses in the sense that they follow the big fish around, so they didn’t really choose to go downtown just like an ant doesn’t choose to come to your picnic – he just has to go where the food is.

What I’m seeing is a lot of sentiment for downtowns, but not a lot of practical benefits that lead me to believe that we’d do things that same way again if we had the choice.

Consider this: if downtown Chicago was leveled tomorrow – completely wiped out; gone – would it be rebuilt? Or would the former tenants move out to the suburbs where there’s more room for parking and the office is closer to the employees’ homes. Would their downtown locations become just a fond memory of a more traditional, but inefficient, time?

So, again, I wonder: are downtowns still valuable? Or are they around just because they’ve been with us for years? Are they the 1960s-era IBM mainframes of urban planning?

If we had the chance to do it again, would we? 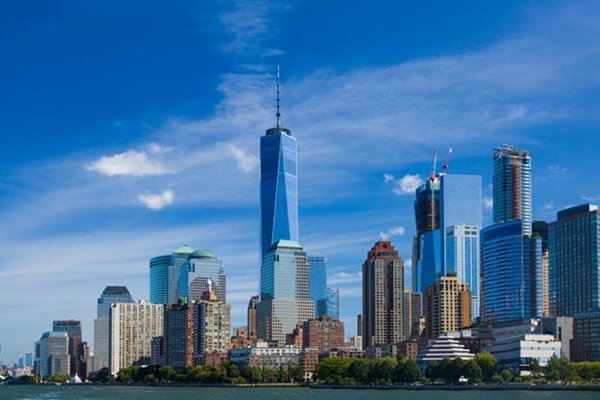 The title of this post is a line from Petula Clark’s 1964 hit: “Downtown”. The images at the top and bottom of the post – of Chicago and New York respectively – are taken from Wikipedia. The new York image is courtesy of David Iliff.